Reader Sean submits the amazing nostalgio-futuristic styles of the Jonzun Crew, an electro-funk outfit ca. 1980-1983 that floats somewhere between Parliament and Kraftwerk. 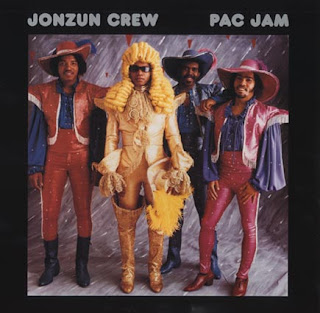 Images stolen from hell of cool music blog by SALTYKA. As he says:

"These dudes totally rocked it VICTORIAN FUTURISTIC SPACEDUDE style. What more is there to say?? Seriously, these guys were on some whole other thing. They took part of their inspiration from the whole Parliament/Funkadelic spaceship thing, but no one could even come close to the one and only Jonzun Crew." 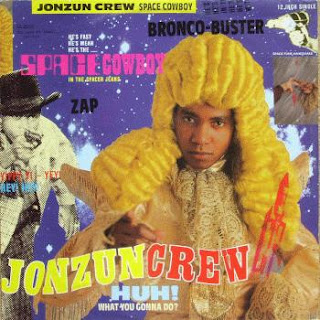 I have to dispute the 'Victorian' part. It's more like Louis CXXXII with the Three Musketeers in outer space. The band was Michael 'Spaceman' Jonzun, Maurice Starr, 'Gordo' Worthy, 'Stevo' Thorpe, and Princess Loria. 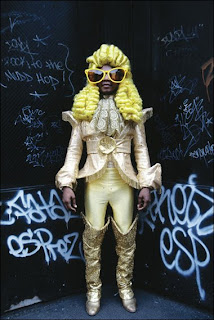 This photo sums up everything good about New York. Read more at SALTYKA, and definitely watch this Pack Jam video off of German television (of course). The costumes there are more sci-fi than archaeo-pop, but aren't they the same thing anyway? The past is what inspires us for the future.