Clarification: I was late to this one. With the resignation of the Prime Minister and reshuffling of the Peruvian cabinet in mid-December, Baca was replaced as Minister of Culture by Luis Peirano Falconí, a professor of communication studies at the Pontificial Catholic University of Perú. Good luck to Prof. Peirano.

From The Guardian. Susana Baca!

Chosen in July by President Ollanta Humala, Baca is Peru's first Minister of Afro-Peruvian descent. It's a joy to see a giant of culture actually in charge of culture, but I can't say I envy her: being a great artist and being a great administrator are, shall we say, different skill sets. I hope she can find a way to juggle her career while looking after the nation's culture. Not to mention its overworked archaeological sites!

Negra presuntuosa indeed. Bring 'em on, the world could use many more.
Posted by Dan at 5:39 PM 2 comments:

Ruins of the 1%: Inequality Worse in 21st Century America than 2nd Century Rome?

New research by Walter Schiedel and Steven Friesen suggest that income inequality in the United States today is slightly worse than in the Roman Empire in the 2nd century CE. Their article in Journal of Roman Studies is a good overview of debates on how to measure ancient Rome's GDP, wages, and income distribution. It's also a bit dizzying, but this is not easy stuff to calculate, given the absence of regular economic data.

By their calculations, 10% of the population went hungry, 74% had income 1-1.5 times basic subsistence, and 14% had a 'respectable' income between 1.7 and 10 times basic subsistence. The top 1.5% controlled 15-25% of total income, the next 10% another 15-25%, while the bottom 90% split the remaining half or so of all income. This works out to a Gini coefficient (a measure of income inequality, with 1 being perfect inequality and 0 being perfect equality) of 0.42-0.44. By this measure the Roman Empire was actually less unequal than some other pre-modern societies, like 18th-century Britain or France (0.52-0.59) - but only because these societies were richer overall. (You need larger surpluses to foster larger inequality.)

Tim de Chant at Per Square Mile (a fantastic geography blog) places this research in context, noting that the Gini coefficient of the United States is now 0.45 and rising: more unequal than a pre-modern empire famous for its oligarchs and mass enslavement. He concludes on a sobering note:


Schiedel and Friesen aren’t passing judgement on the ancient Romans, nor are they on modern day Americans. Theirs is an academic study, one used to further scholarship on one of the great ancient civilizations. But buried at the end, they make a point that’s difficult to parse, yet provocative. They point out that the majority of extant Roman ruins resulted from the economic activities of the top 10 percent. “Yet the disproportionate visibility of this ‘fortunate decile’ must not let us forget the vast but—to us—inconspicuous majority that failed even to begin to share in the moderate amount of economic growth associated with large-scale formation in the ancient Mediterranean and its hinterlands.”

Let us never forget: most ruins are ruins of the 1%. An Occupy Archaeology movement would have to include field survey and rural settlement studies in its call to arms.
Posted by Dan at 5:22 PM No comments:

I lost my marbles the other day when I saw this article from Cambridge University press offering to rent me some academic articles:

Of course, you can’t save, print, or do anything with the article except read it on line, then it disappears. What useless crap! Say you’re doing some research and you need a citation. $5.99 might be OK if you only needed one article. But the average academic article has 20-100 citations. And honestly, a good article is not something you read once and have done with it – you need to check it a few times and do some re-reading to absorb it. So this rental is really just a ‘teaser’ – it’s just enough access to decide if you really need to have something, after which you have the privilege of buying one of these articles for $30-$75. Yes, that’s really how much they charge! For one fucking article!

… I can smell the bullshit. Article rental is a scam. But it’s only the tip of the iceberg in the larger and much more heinous scam being run by the major academic publishers – Springer, Thomson, Elsevier, a few others – who are looting the academic commons for private profit while denying access to the public and increasing inequality.

Does that sound harsh? I hope so. Because most academic knowledge is produced by scholars whose pay comes from the public purse. The rest – i.e. tuition dollars – is still subsidized heavily by the government as in the form of below-market-rate student loans.

Palaeo-browsers of the primitive web


When Tim Berners-Lee arrived at CERN, Geneva's celebrated European Particle Physics Laboratory in 1980, the enterprise had hired him to upgrade the control systems for several of the lab's particle accelerators. But almost immediately, the inventor of the modern webpage noticed a problem: thousands of people were floating in and out of the famous research institute, many of them temporary hires.

"The big challenge for contract programmers was to try to understand the systems, both human and computer, that ran this fantastic playground," Berners-Lee later wrote. "Much of the crucial information existed only in people's heads."

So in his spare time, he wrote up some software to address this shortfall: a little program he named Enquire. It allowed users to create "nodes"—information-packed index card-style pages that linked to other pages. Unfortunately, the PASCAL application ran on CERN's proprietary operating system. "The few people who saw it thought it was a nice idea, but no one used it. Eventually, the disk was lost, and with it, the original Enquire."

Some years later Berners-Lee returned to CERN. This time he relaunched his "World Wide Web" project in a way that would more likely secure its success. On August 6, 1991, he published an explanation of WWW on the alt.hypertext usegroup. He also released a code library, libWWW, which he wrote with his assistant Jean-François Groff. The library allowed participants to create their own Web browsers.

"Their efforts—over half a dozen browsers within 18 months—saved the poorly funded Web project and kicked off the Web development community," notes a commemoration of this project by the Computer History Museum in Mountain View, California.

This is another step toward mapping the early history of the digital age. Also  a nice example of how the search for a unique inventor or moment of origin for historical movements is a distraction. These palaeo-browsers are an important part of the heritage of the digital age, and at the same time irrelevant. They were part of the evolutionary web that led to Netscape, which eclipsed them all. Here's Netscape's daddy, the original Mosaic browser. I remember using this on some machines when I first got to college in 1994. 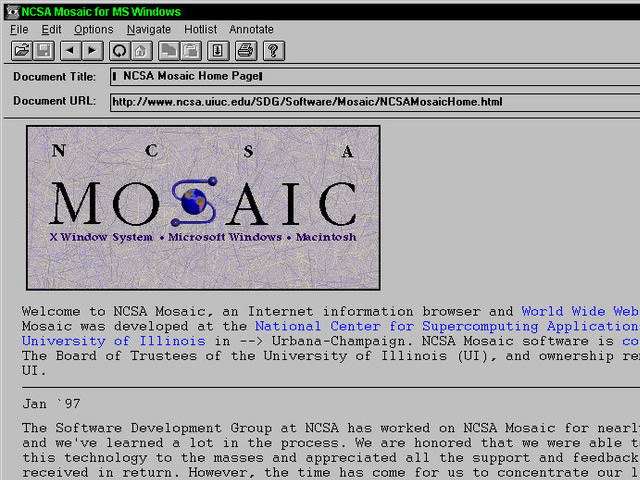 The Magdalenburg Iron Age tomb complex in Germany is a map of the lunar cycle and constellations (Past Horizons). Ridiculously cool.

A photographer sneaks into China's deserted fake Disneyland (Reuters). China has reached the heritage singularity, full of ruins of a future that won't actually happen.

Antiquity has published a rock art analysis of Johnny Rotten's graffiti on the walls of the Sex Pistols'    old flat on Denmark Street in London.  "Deconstruction of the graffiti...presents a layering of time and changing relations." Yep folks, punk is dead... 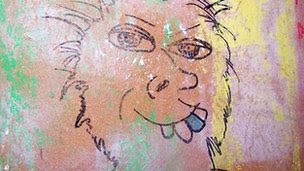 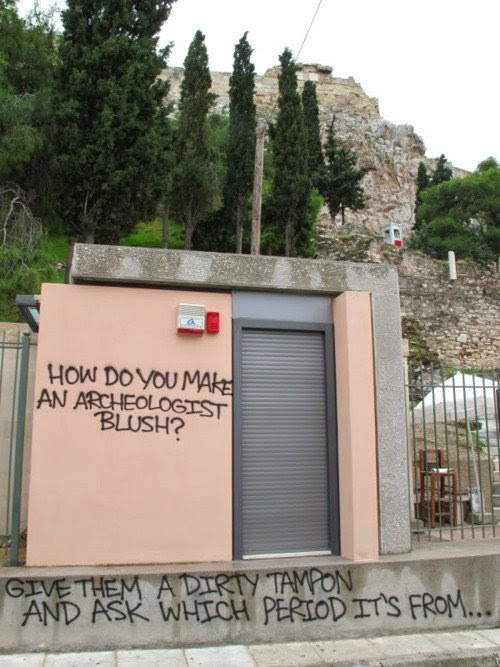 As the memory studies people would say, I'm glad that part of doing history is deciding what part to forget. Via Failblog and/or Easy86 on Tumblr. Hat tip to Katie!
Posted by Dan at 4:48 AM 6 comments:

Today's guest post by Rinse Willet, a PhD student at KU Leuven and archaeologist at the Sagalassos project, is a meditation on beauty in objects and what it means for archaeologists who 'do' pottery.

In my study of Roman tableware, I find myself often in awe of the quality of the pieces of terra sigillata, so commonly found throughout the Roman Empire. Millions of these vessels were made from the mid-2nd century BC to the 7th century AD. During this period, Many production centers were active, though dominance of the ancient 'market' shifted over time. The shapes, decorations, and sizes of the vessels changed over time as well.

Yet for this entire period, terra sigillata is associated with the formal serving and eating of food and drink. Though I am intrigued by the sheer effort expended to produce and transport these vessels, but I also have to appreciate how beautifully most of them are made. Is this a fluke on my part, or did the actual users of these vessels think they were beautiful too?
More after the jump.