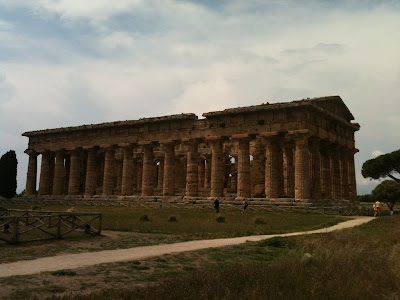 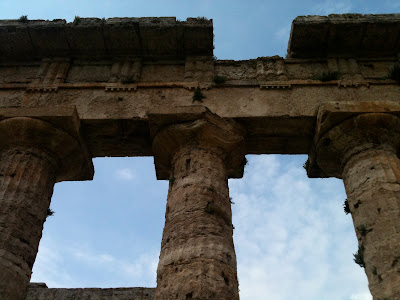 Stopped by the ruins of Paestum on the Campanian coast yesterday. The temples are as fantastic as they say. Here's the Temple of Hera II (the sequel!) built around 450 BC. It manages to be rustic and Doric, and refined and Classical, at the same time. Props to John G. Pedley for teaching me about this site well enough that I remember something about it 10 years later.

Sorry for the tumbleweeds here at Archaeopop the last couple weeks, I've been decompressing from a long month in Istanbul and am taking a little vacation on the Campanian coast with Jenny. If it would stop raining, I might have a tan by now.
Posted by Dan at 1:34 PM 3 comments:

Recently I wrote about the death of archaeology pioneer Lewis Binford. His third wife and longtime  collaborator Sally Binford was a pioneering woman archaeologist in a time when most digs didn't allow women in the field, a pioneer of the New Archaeology along with Lew, and a more interesting and wild character than he was (which is saying something): a feminist and sexual liberationist avant la lettre. 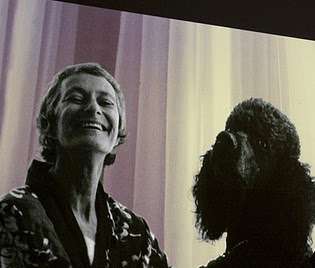 Sex writer Susie Bright's blog excerpts a fabulous autobiographical interview (originally published here) from the early 1990s. Here's a few of the archaeological tidbits. Sally Binford started her PhD at the University of Chicago in 1956 (at the age of 32, two things unheard of for a woman at the time):


If ever my feminist conscience was forged it was during the experience of being a grad student in the Anthro Department at the University of Chicago. My interest turned rapidly to prehistory. The guy who was in charge of Old World archaeology was a famous but not very bright man. He was the kind who came on like gangbusters and implied that my Ph.D. was safe only if I hung around his office and made coffee for his distinguished guests and perhaps put out a little on the side.

Anthropology is a strange field because its most famous practitioner at that time was a woman, but Chicago’s department had an all-male faculty and still has. The anthropology graduate faculty at Chicago has never hired a woman. It’s just a scandal. I was not taken seriously because I was overage as well as female.

I split with my husband after the first year. He was convinced I was in school just to have affairs on the side. I was working so hard there was no way I would ever have had time to even carry on that way. It became crystal-clear to me while watching what went on: one thing a grad student should never do was fuck faculty. I got it on with a lot of my fellow students, but never with faculty. I chose as my faculty advisor the only guy who did not put out sexual vibes. He was very dedicated and serious.

After finishing her PhD on the prehistory of the western Sahara in 1962, and marrying Lewis Binford shortly thereafter. They moved to Santa Barbara in 1965:


Lew did not get tenure at Chicago which surprised no one. In 1965, the  University of California at Santa Barbara was trying to change its ‘surfer school’ image into a real school. The University of California has a nepotism law where two people from the same family can’t get full-time jobs within the Cal system. Lew got the full-time job and I got a part-time job as a lecturer and we moved to Santa Barbara.

Santa Barbara was a weird experience for me. I had come from a super academic atmosphere in Chicago, out to this ‘surfer’ campus. I arrived with my hair back in a bun, dressed in my spike heels and knit suits. Little girls were running around in mini skirts and no bras. Everybody was stoned all the time. There were 85 kids in the first class I taught, an introductory course in human evolution. I realized about halfway through the course that one of the reasons I was having trouble in teaching those kids is that they were all stoned.

I changed my teaching technique and went into showing movies and slides like show and tell. I was in total culture shock. I think it is true now, but even truer in the Sixties: there is more cultural difference between the East and California than there is say between the East and England or France. Much more. This is really a strange place. They speak the same language and do the same things but, my God, it’s a whole other scene.

The chairman of the department and two of the faculty members there, who have since become significant names in the field, made the bargain where this would be the one anthropology department, besides Harvard, where no Jews were hired. Sometime that fall I heard this and made a great point of signing myself Sally Rosen Binford. I also made a point of speaking a few words of Yiddish at the faculty gatherings.

There's lots more like this, and plenty of juicy tidbits about her early life and the craziness Lew Binford inflicted on those around them. I understand there's some embargo on speaking ill of the recently dead, so I'll let Sally do the talking: click here and read the rest!

Besides this seminal text, some more of Sally's academic bibliography can be found here.

I have to agree with Sally - when I moved to the East from northern California, I felt like I had finally moved to America.
Posted by Dan at 1:24 PM No comments:

Just three great records with ruins on the cover. 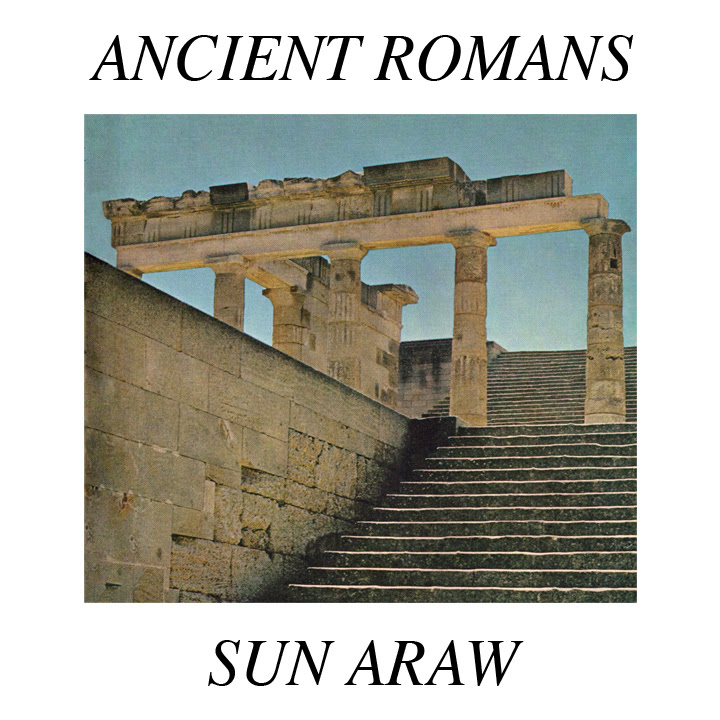 Stirring minimal tropical-psych (?!) out the LBC. Album out August through Drag City.  Double LP on white vinyl! Many thanks to Patrick for turning me on to this one. This album was my jams last spring. The minimal synths perfectly capture the ascetic spirit of European Classicism.


If you're in New York you can see X+O live at Public Assembly in Brooklyn on June 16, along with my former WCBN comrade Laurel Halo. 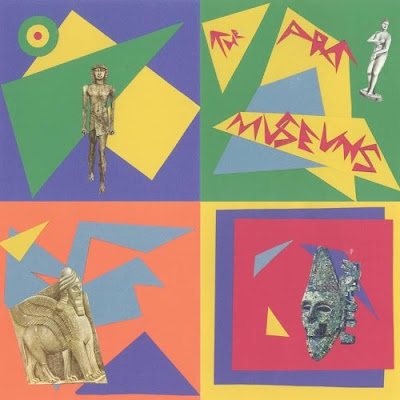 The Art Museums are a great San Francisco duo that play low-fi Bohemian pop.  The cover obviously has archaeopop charm, but the whole album's great to listen to.  I played them a lot on my show on KUSF last year.