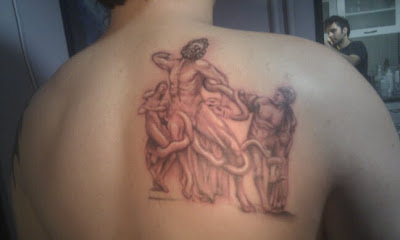 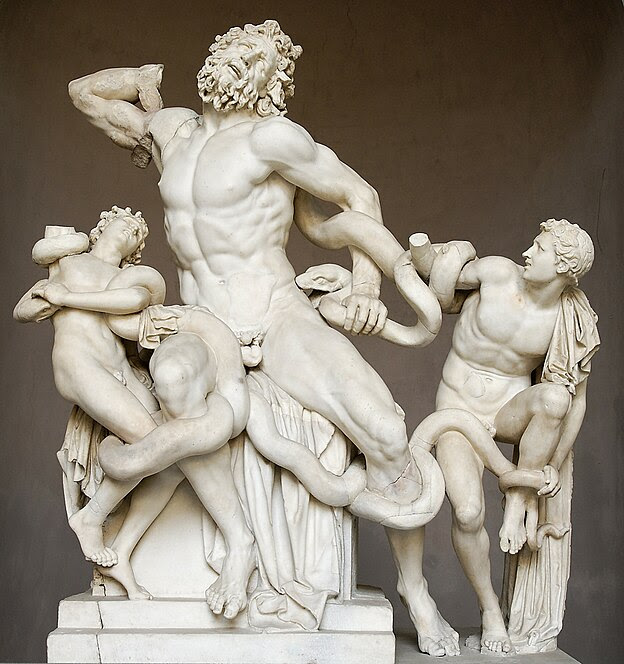 The sculptures in the group were rearranged in antiquity, then again after their rediscovery. Blake reinterpreted it as a polemic against Classical Art. The whole thing was rebuilt in 1906 after the discovery of missing fragments. This parade of transformations creates a conceptual stratigraphy that eclipses whatever the sculptors meant for it back in the day - so moving the image to the elastic medium of skin is a fitting tribute to its stretchy, slippery history.
Posted by Dan at 9:36 AM