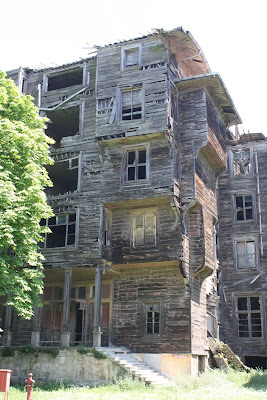 Büyükada is one of the Prince's Islands, in the sea of Marmara just outside of Istanbul. The Büyükada Greek Orphanage (Büyükada Rum Yetimhanesi) is one of the world's largest wooden buildings, now a stunning semi-ruin. Built in the 1898-1899 by French-Turkish architect Alexandre Vallaury, it's the largest and one of the finest examples of Ottoman Beaux-Arts architecture. Vallaury, the head of the architecture department of the School of Fine Arts ("Sanayi-i Nefise Mektebi", now Mimar Sinan University), also designed the Istanbul Archaeology Museum and was a friend of Osman Hamdi Bey. 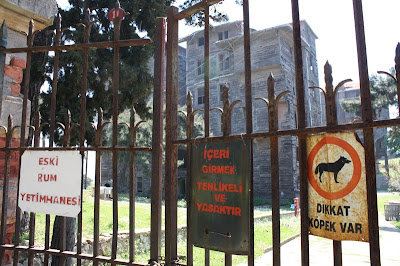 They're serious with the dogs and guards, otherwise I would have been in here in a hot second. The orphanage was used as a government building in the 1940s, and was abandoned in the 1960s. After a lengthy court battle, title to the building was returned to the Greek Orthodox patriarchate last year. 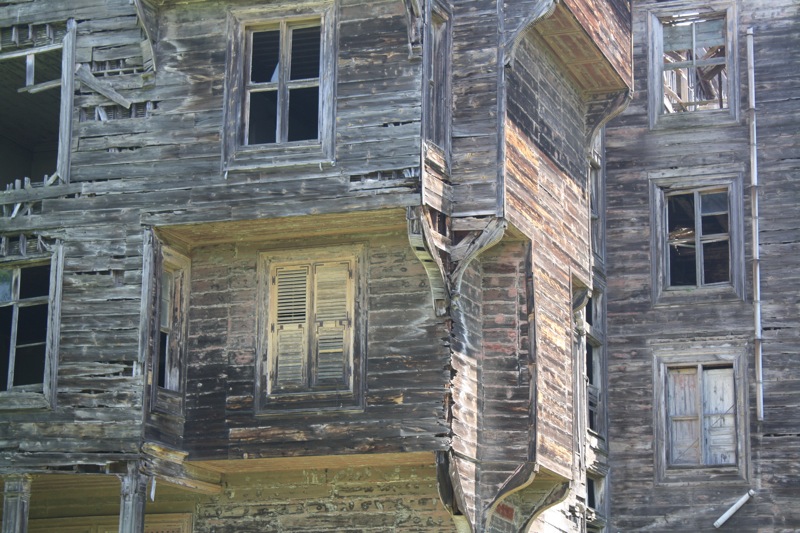 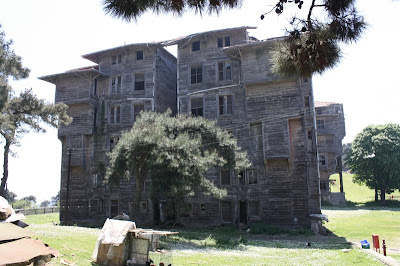 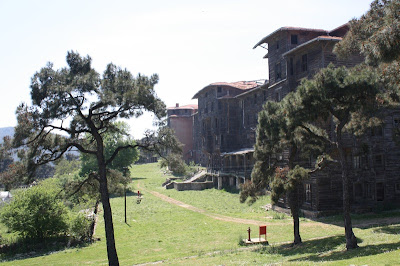 I've had trouble finding interior photos, but this one from the Turkish Forest and Environment Ministry's website gives a taste of the incredible interior decor. There's vague rumors of restoration plans, but I have trouble even imagining the expense involved.