Not so newsy newsflash

Il Messaggero newspaper reports the assassination of Julius Caesar. ("Suetonius' Shock: 'It was a stab in the back'".) Part of their ad campaign to convince you that it's Rome's 'traditional' newspaper. I wonder where Alitalia was flying in 44 BC? 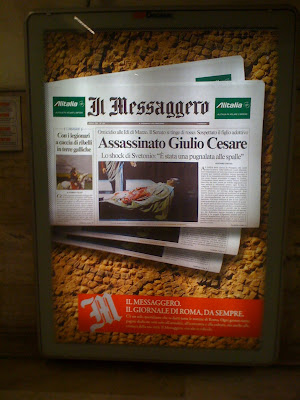 Photo: me. Spotted in the Coliseo subway station, Rome.
Posted by Dan at 12:00 PM